Below are maps of all 61 hydrogen stations and 149 fast EV charger sites approved under HRI and FCI, respectively. 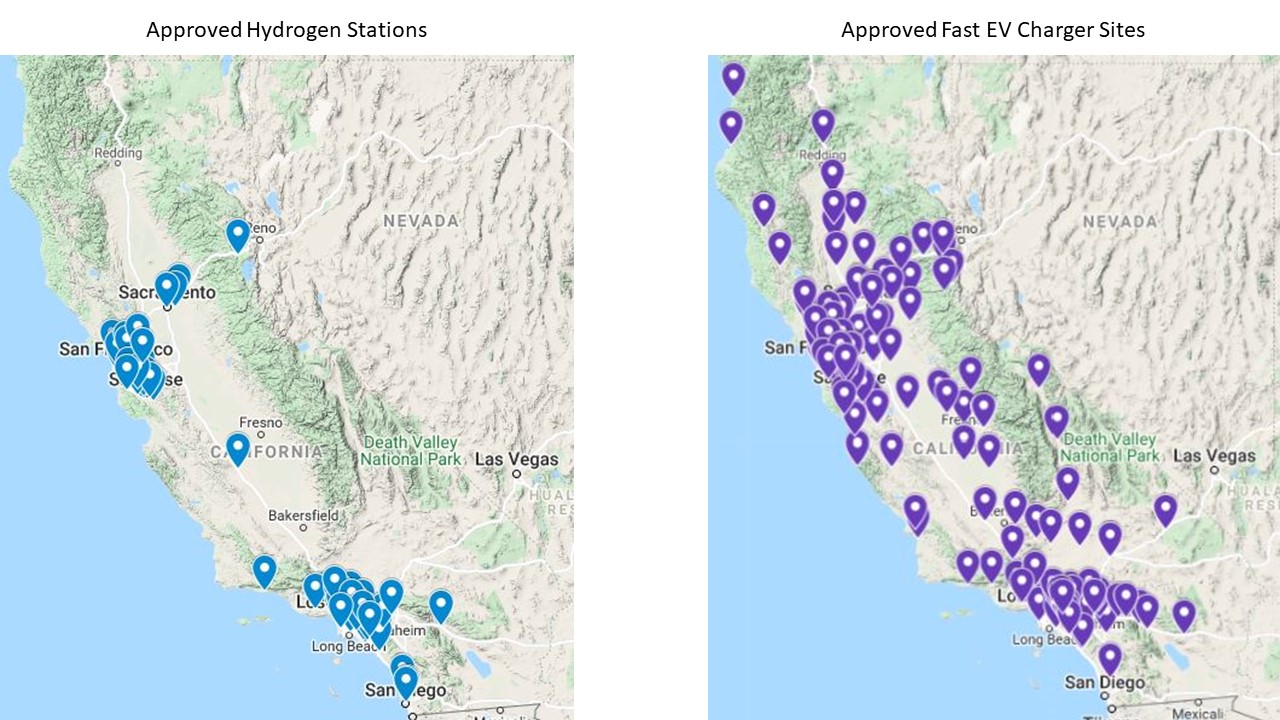