A list of all GHGs included in the inventory along with GWPs and lifetimes can be found at GWP.

Make a Difference: Calculate your household carbon footprint, and find ways to reduce your GHG emissions at CoolCalifornia.org.

CO2 is an important compound for plant and animal life, as part of the carbon cycle, and as a greenhouse gas (GHG). CO2 is the primary GHG emitted in California, accounting for 83% of total GHG emissions in 2018.

Sources of CO2 in California

Transportation is the single largest source of CO2 in California; which is primarily comprised of on-road travel. Electricity production, industrial and residential sources also make important contributions to CO2 emissions in California. 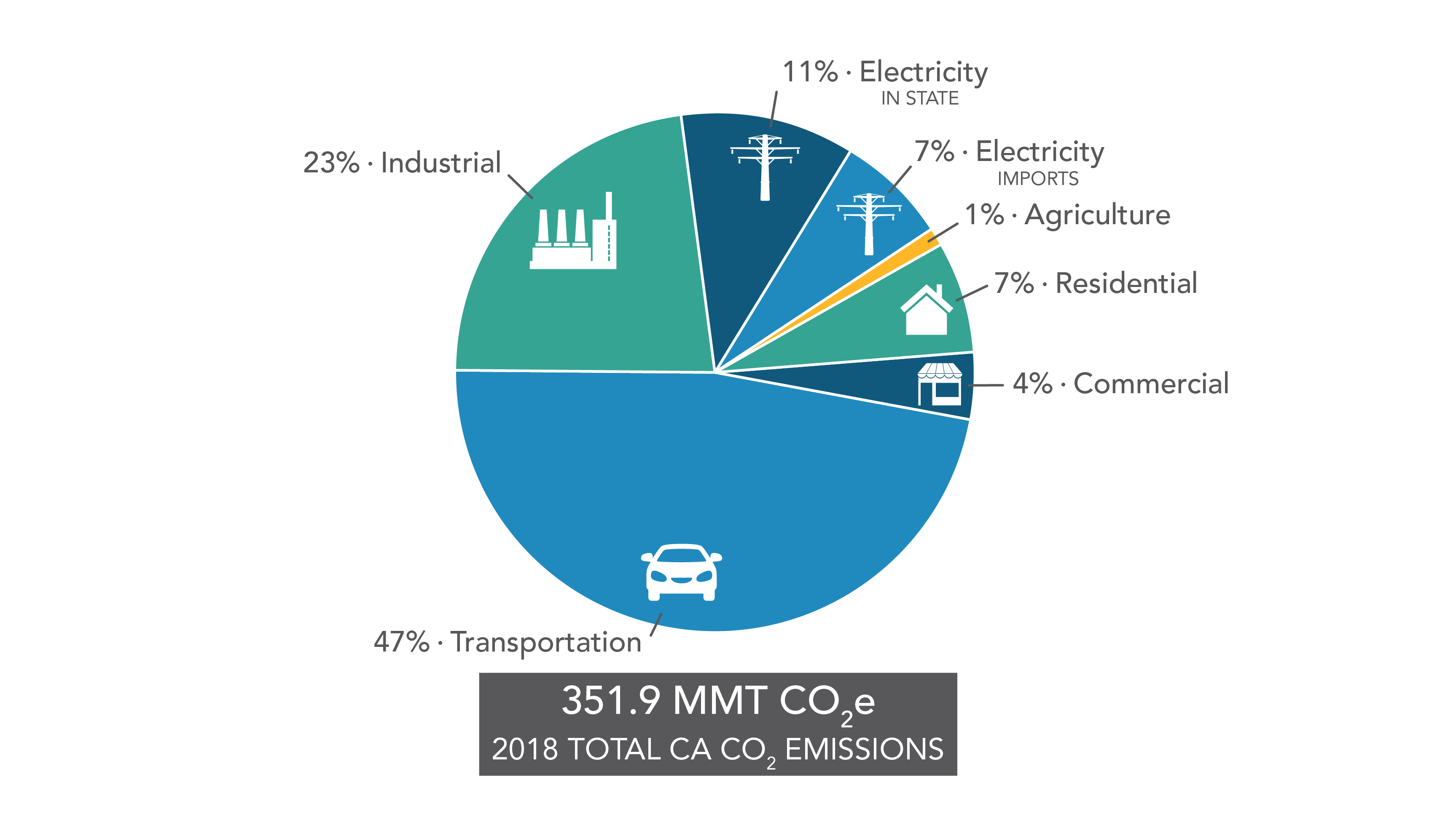 CH4 has a global warming potential of 25, indicating one gram of CH4 is equivalent to 25 grams of CO2 over a 100-year timeframe. CH4 is the second highest emitting GHG in California, accounting for 9% of 2018 GHG emissions in CO2 equivalent units.

Sources of CH4 in California

Agriculture accounts for the majority of emissions, primarily from livestock enteric fermentation and manure management. Industrial sources and landfills are also important sources of CH4. Other sources contribute only a small fraction to CH4 emissions, and include residential, transportation, electricity generation, and commercial sources. 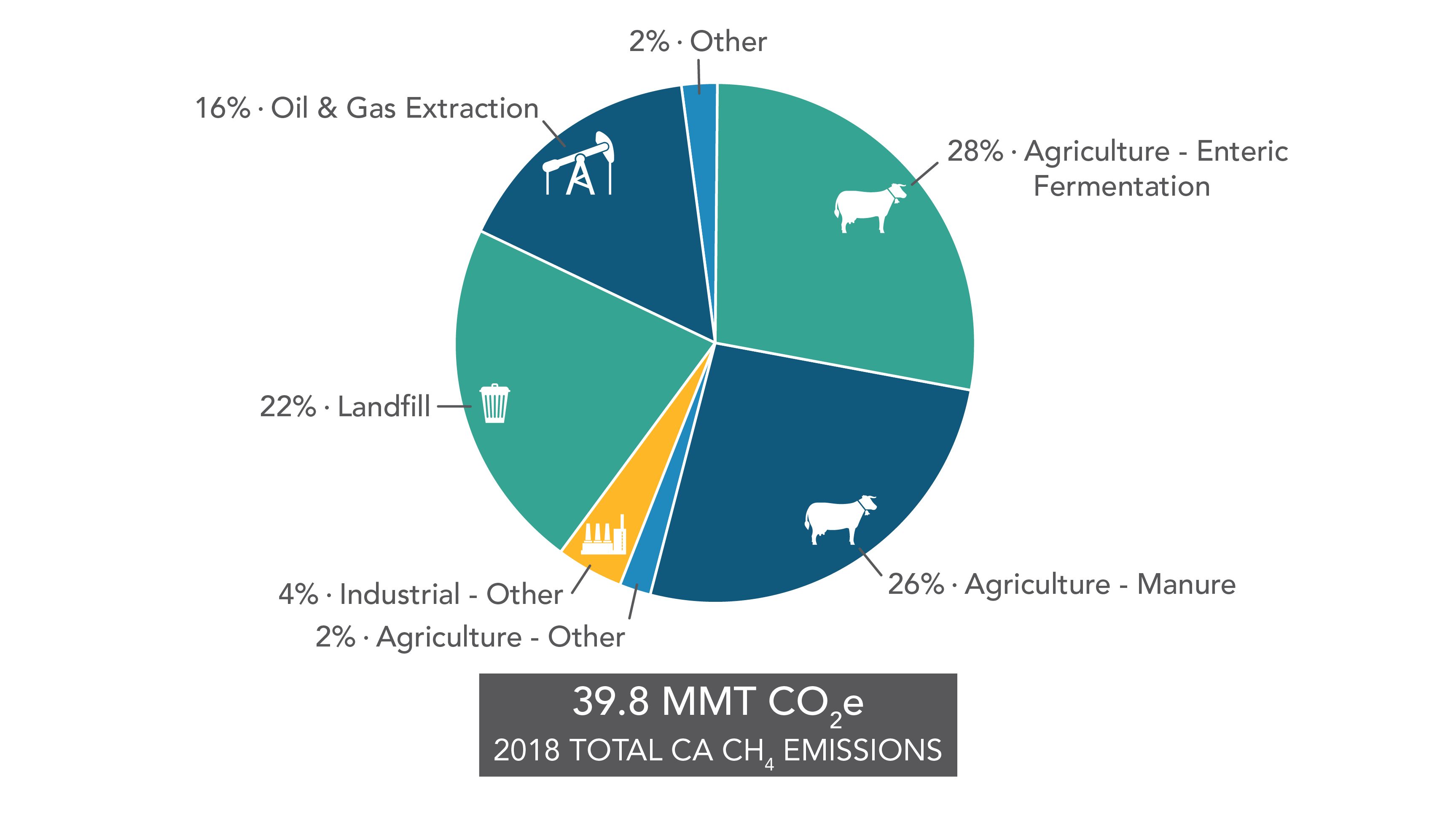 N2O has a global warming potential of 298, indicating emission of one gram of N2O is equivalent to 298 grams of CO2. N2O accounts for 3.1% of 2018 statewide GHG emissions in CO2 equivalent units.

Sources of N2O in California

Agriculture accounts for the majority of N2O emissions, primarily from fertilizer and manure added to soil. Commercial and residential use of nitrogen fertilizer on turf and transportation are also important sources of N2O. Industrial sources of N2O include solid waste and wastewater treatment, manufacturing, refining and other sources. 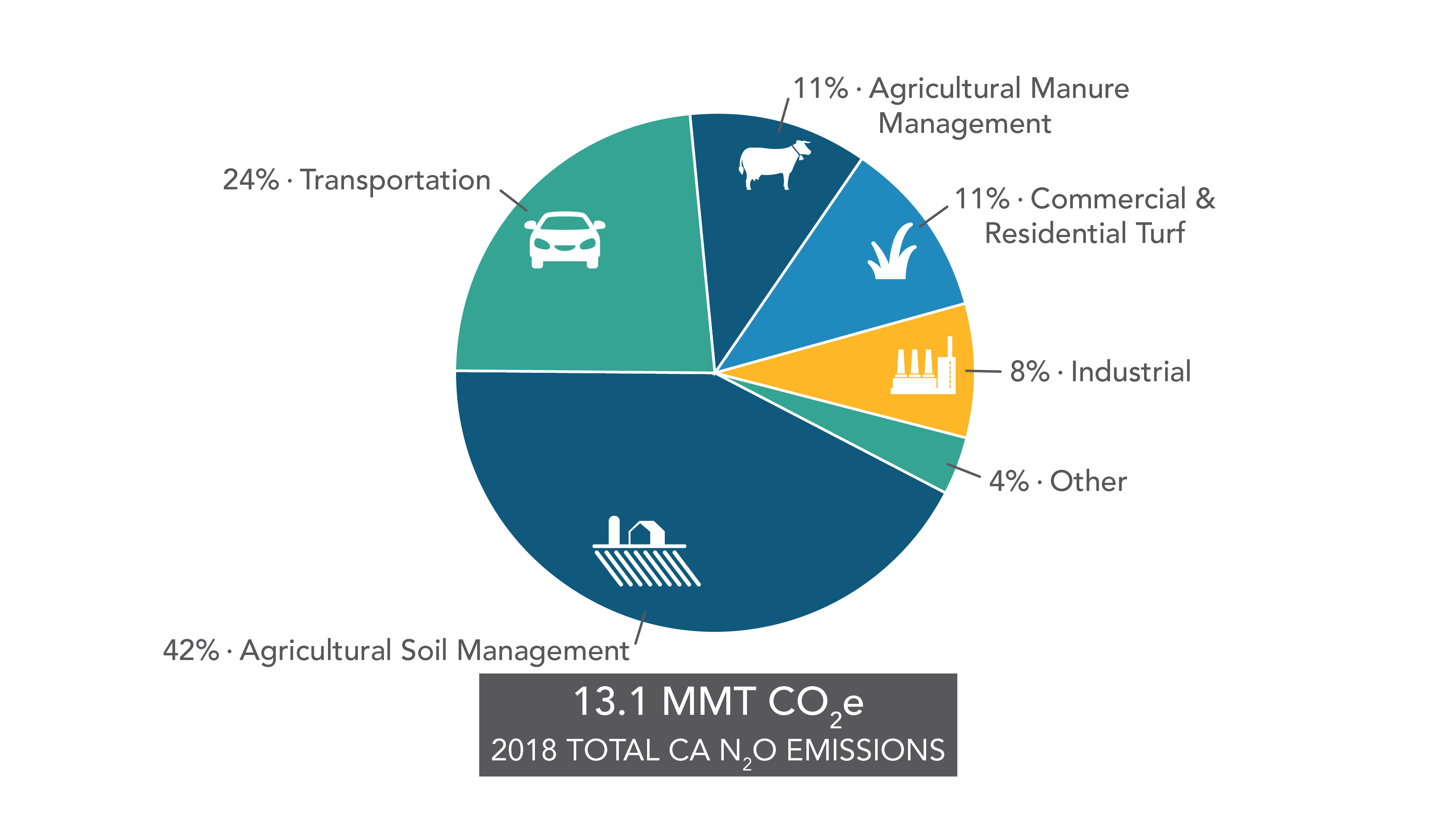 PFCs and HFCs are used as substitutes for chlorofluorocarbons (CFCs) which destroy stratospheric ozone. SF6 is used in electricity transmission and distribution and in semiconductor manufacturing. Semiconductor manufacturing also emits a small amount of NF3 which was added to the inventory as required by California Senate Bill 104 passed in 2009, because it is a potent GHG. 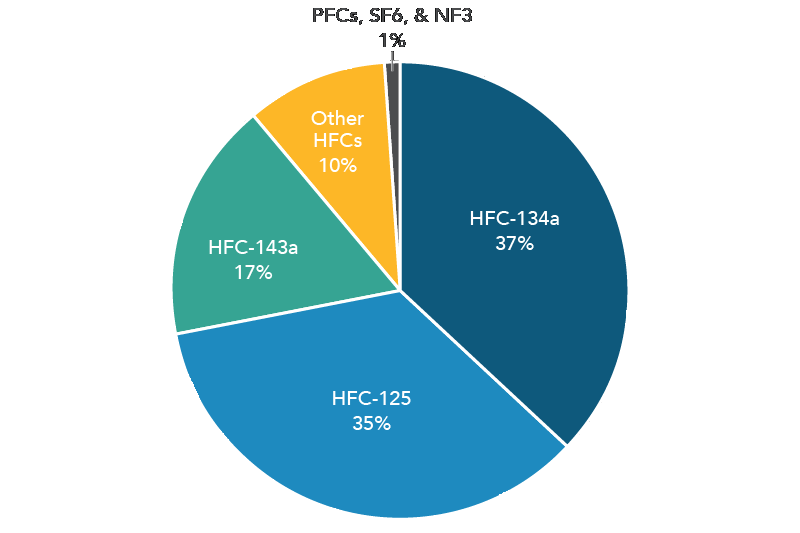