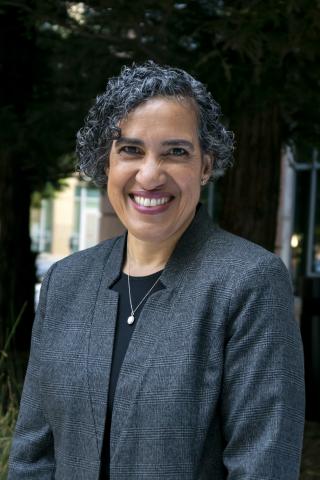 Liane Randolph has spent most of her career in public service, specializing in environmental law and policy, effective administration, and a commitment to transparency and public process. She was appointed Chair of the California Air Resources Board by Governor Gavin Newsom in December 2020. Starting in 2015, Randolph served six years as a Commissioner at the California Public Utilities Commission and managed numerous decisions on energy efficiency, integrated energy resource planning, and regulation of transportation network companies, as well as spearheading significant Commission policy reforms. Prior to the PUC, Randolph served from 2011 to 2014 as Deputy Secretary and General Counsel at the California Natural Resources Agency, where she worked on a wide variety of legal and policy issues, including work on the Klamath Dam Removal agreement, CEQA guidelines, and the Agency’s first Tribal Consultation Policy. Randolph’s first role with the State was as Chair of the California Fair Political Practices Commission from 2003 to 2007. Her work at the state level builds on experience with local government that she gained while practicing municipal law as a contract City Attorney for the Cities of San Leandro and Suisun City. Randolph earned a Juris Doctor degree from the University of California, Los Angeles School of Law and lives in Oakland with her husband and family. In her spare time she enjoys hiking, running, and reading.

How everyday tasks are sources of air pollution: The TODAY Show, September, 21 2021

Without It Nothing Moves: Transport Decarbonization Alliance, November 10, 2021

Accelerating the ZEV Transition: A One Way Street: CALSTART, November 10, 2021