CARB and SoCalGas have developed an proposed agreement that will fully mitigate in California at least 109,000 metric tons of methane emissions, the amount of methane released during the Aliso Canyon Natural Gas Facility leak from October 2015 through February 2016. Implementation of the Mitigation Agreement will achieve the mitigation principles and objectives outlined in the Governor's Proclamation of January 6, 2016, and CARB’s Aliso Canyon Methane Leak Climate Impacts Mitigation Program.
More about this program 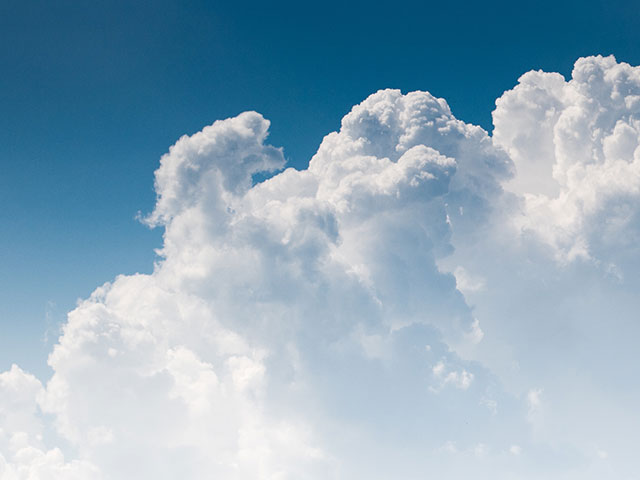 On October 23, 2015, Southern California Gas (SoCalGas) informed the State of a natural gas leak at its Aliso Canyon natural gas storage facility. Natural Gas is composed primarily of methane which is a potent greenhouse gas. Methane is in a category of greenhouse gases known as short-lived climate pollutants. These types of gases remain in the atmosphere much shorter than longer-lived climate pollutants, such as carbon dioxide (CO2); but when measured in terms of how they heat the atmosphere, their impacts can be tens, hundreds, or even thousands of times greater than that of carbon dioxide. In order to quantify the methane release rate from the Aliso Canyon gas leak, state agencies in collaboration with the research community collected measurements near the ground at the well site, and from towers, airplanes and satellites.

A complete calculation of the total methane emitted from Aliso Canyon based on a full set of data has now been completed. The upper bound of that number and the amount needed to fully mitigate the climate impacts of the leak is 109,000 metric tonnes of methane.

On February 11, 2016 SoCalGas temporarily controlled the leak by injecting mud from a relief well intersecting the bottom of the leaking well. Gaining control of the leak drastically reduced the amount of leaking methane. A permanent seal of the well was announced by The Department of Conservation, Division of Oil, Gas, and Geothermal Resources (DOGGR) on February 18, 2016. Since the well was controlled the methane levels in the community have been drastically reduced (see graph below). CARB and the South Coast Air Quality Management District (SCAQMD) are jointly making ground level measurements around the sealed well to understand how residual methane still in the soil after the well has been sealed continues off gassing releasing small amounts of methane into the atmosphere. SCAQMD is posting maps of mobile surveys (external site) done at the Aliso Canyon natural gas storage facility. Infrared (IR) camera videos are also able to see very small amounts of methane off gassing. These small amounts seen with IR cameras very near the surface surrounding the SoCalGas well site SS-25, are consistent with off gassing of natural gas from the soil. CARB and SCAQMD will continue to monitor the off gassing methane. 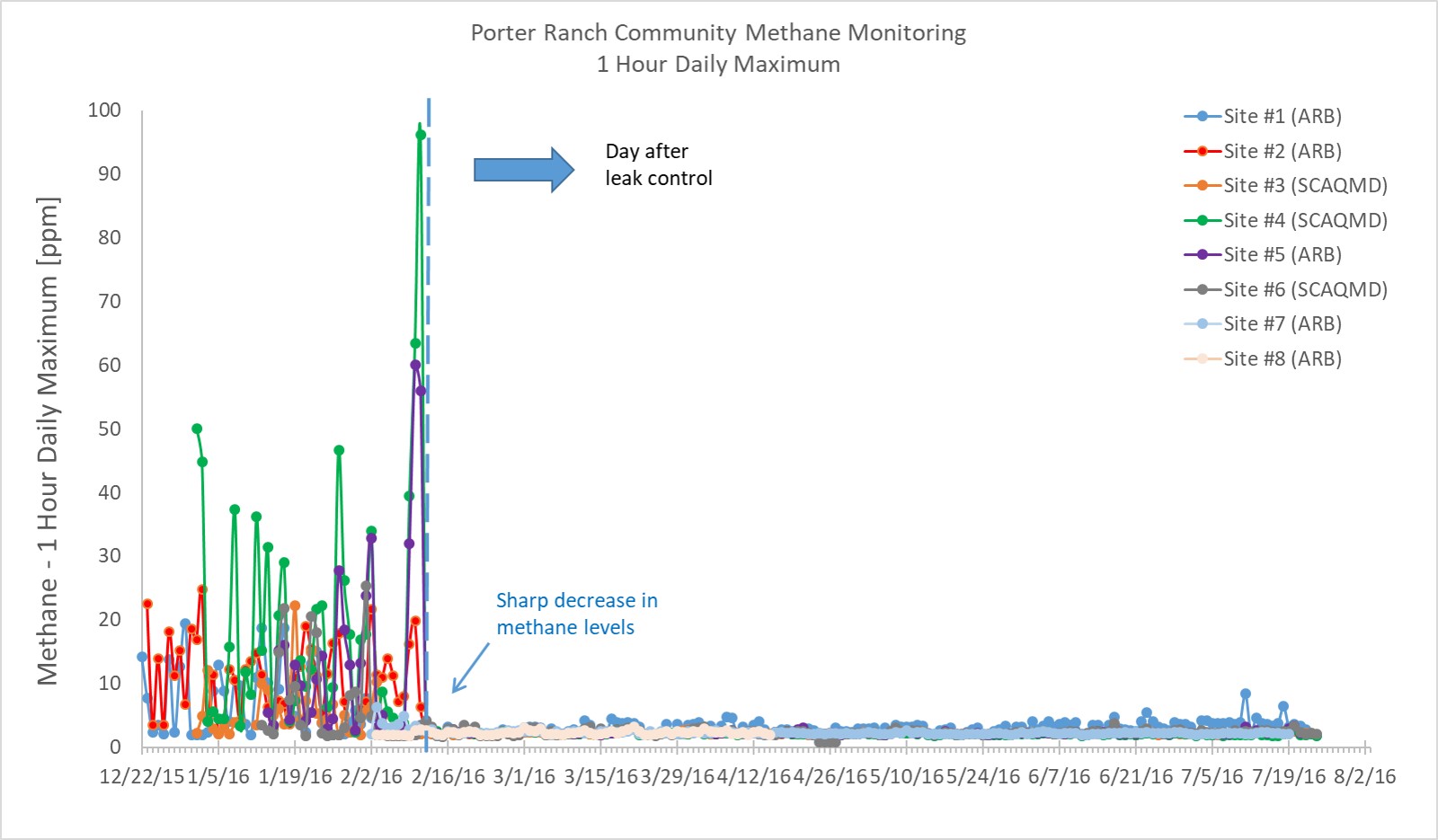