Under construction on a 19-acre site near the campus of UC Riverside, the approximately 380,000 square-foot facility will be one of the largest and most advanced vehicle emissions testing and research facilities in the world. It will also be the largest ‘net-zero energy’ structure (producing as much energy as it uses) of its type in the nation. The facility will also be designed to achieve Leadership in Energy and Environmental Design (LEED) Platinum certification and meet CalGreen Tier 2 standards. The facility is scheduled to be completed in early 2021.

“This striking design will make CARB’s new Southern California headquarters an immediately recognizable landmark,” said CARB Chair Mary D. Nichols. “It incorporates the highest standards of sustainability in the office and public spaces, and meets the exacting laboratory specifications we need to keep California at the forefront of our world-leading efforts to clean up our air and fight climate change.” 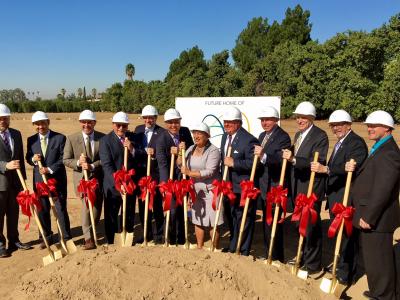 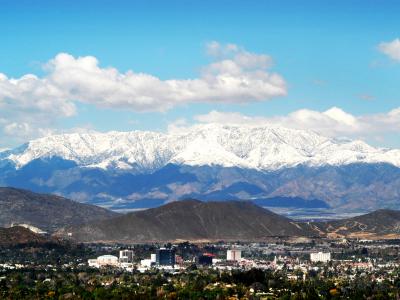 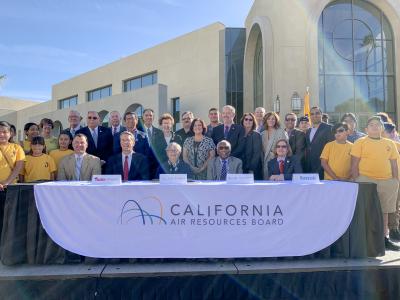 The new facility will feature an extended range of dedicated test cells, especially for testing of heavy-duty vehicles. There will also be workspace for accommodating new test methods for future generations of vehicles, and space for developing enhanced on-board diagnostics and portable emissions measurement systems. The facility also includes a separate advanced chemistry laboratory. The Southern California Headquarters’ office and administration space is planned for about 460 employees and includes visitor reception and public areas, a press room, flexible conference and workshop space, and a 250-person public auditorium.

The building is designed to achieve LEED Platinum certification, the highest level awarded by the U.S. Green Building Council, and meet California’s CalGreen Tier 2 threshold for overall sustainability and energy efficiency of the building. Solar photovoltaic panels will supply at least 3.5 megawatts of electricity while water conservation features and native, drought-tolerant landscaping will be used throughout the site. Adjacent secure staff parking will include at least 120 charging stations for electric vehicles. Public parking will also include electric vehicle charging stations and a public DC fast‑charge location.