The West Oakland community is located in the city of Oakland in the BAAQMD. The community has a mix of air pollution sources from freight, freeways, industry, and port operations. The West Oakland community has a high cumulative air pollution exposure burden, a significant number of sensitive receptors, and includes census tracts that have been designated as disadvantaged communities. Due to its high pollution exposure burden, West Oakland has been an area of focus with studies conducted over the last decade, including studies undertaken by the West Oakland Environmental Indicators Project including the 2008 Truck Traffic Survey and the Intel Personal Air Monitoring Study.

The West Oakland community has an area of 7 square miles with a population of approximately 25,000. The community of West Oakland is impacted by mobile sources such as diesel trucks and buses, locomotives, the Port of Oakland operations, railyard operations, and adjacent Interstates 580, 980, 880, and the Harbor Channel, plus non-port marine operations in the San Francisco Bay. The community also has large distribution centers, a cement plant, a power plant, metal facilities, and industrial and manufacturing operations. The sensitive receptors in the community include 17 schools and 15 licensed daycare facilities. The community experiences some of the highest asthma and cardiovascular disease impacts in the region, along with high unemployment and incidences of poverty. 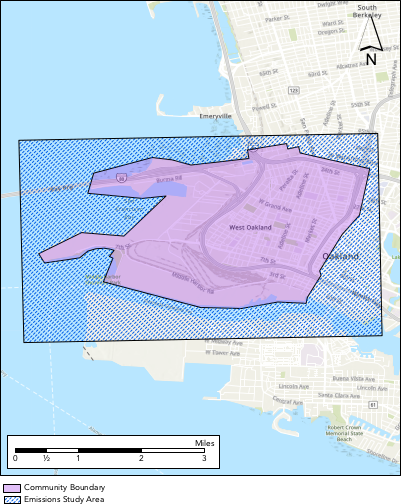 In 2018, the West Oakland Community was nominated by the District and selected by CARB as a CERP-only community. 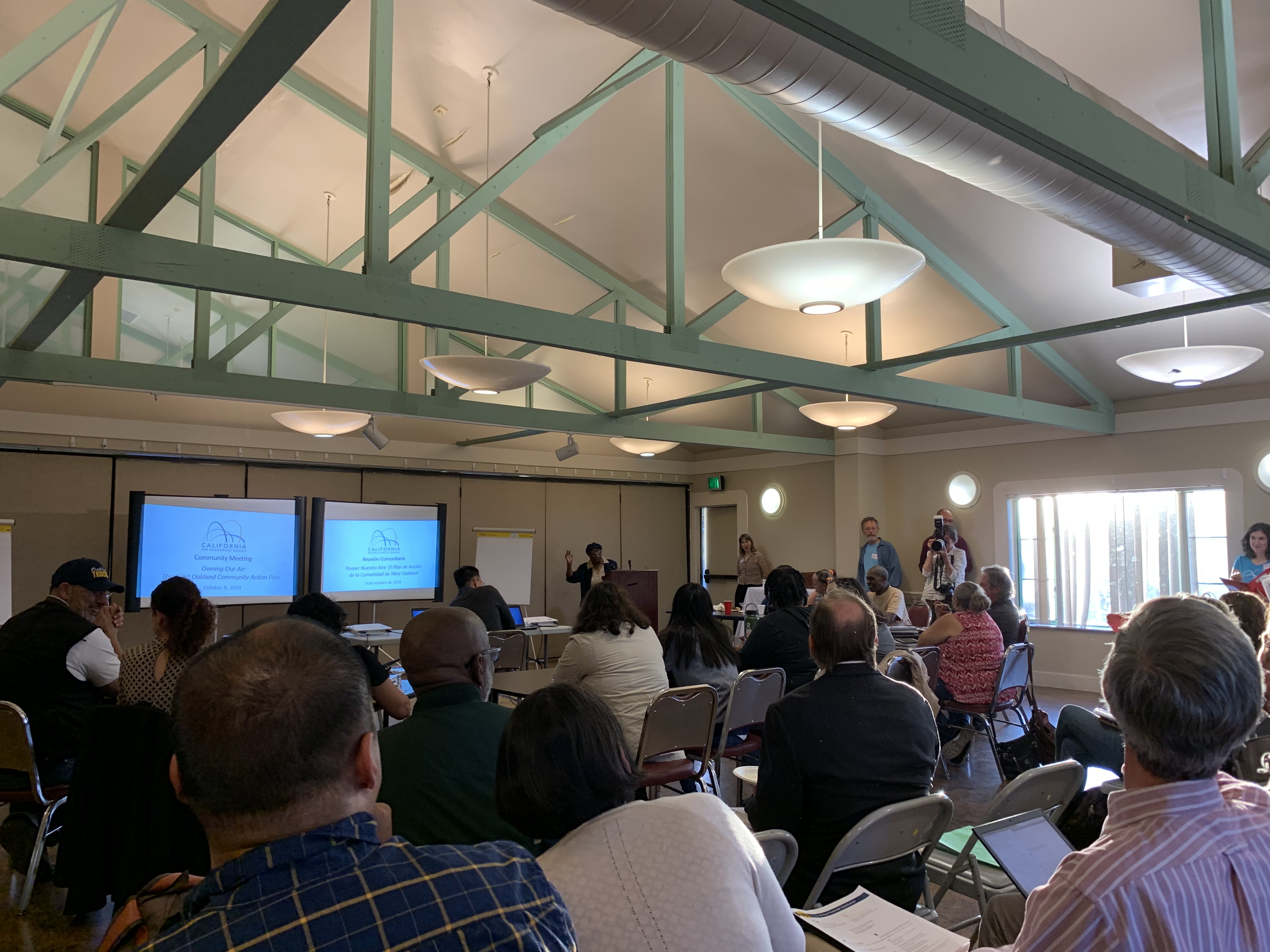 Annual progress reports are completed by the District. Qualitative and quantitative progress assessments as well as status updates from interim milestones identified by the CARB Governing Board are available in the annual progress report and accompanying metric workbooks. A detailed update for each strategy can also be found here as it is made available.