CARB retires allowances each year for eligible voluntary renewable electricity generated in the previous year. The Cap-and-Trade Regulation places 0.5 percent of the annual allowance budget for the budget years in the first compliance period (2013-2014) and 0.25 percent for the budget years in the second and third compliance periods (2015-2020) into the Voluntary Renewable Electricity Reserve Account, from which allowances may be retired. 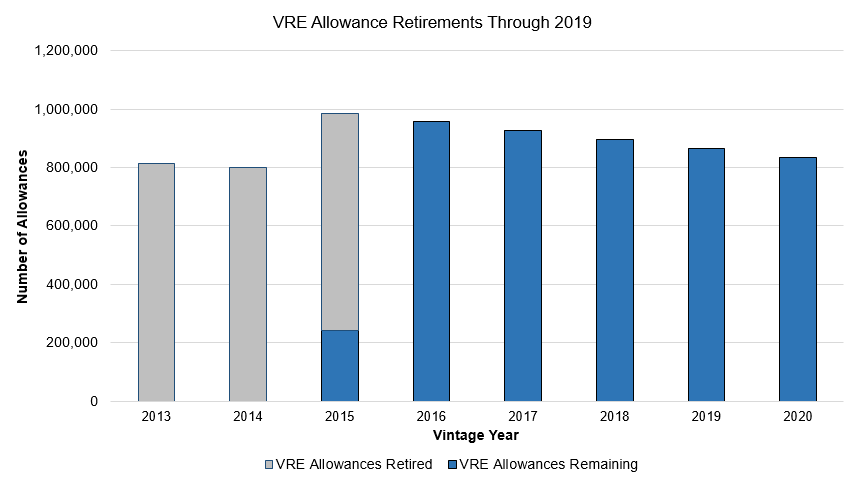 VRE Program Use by Year 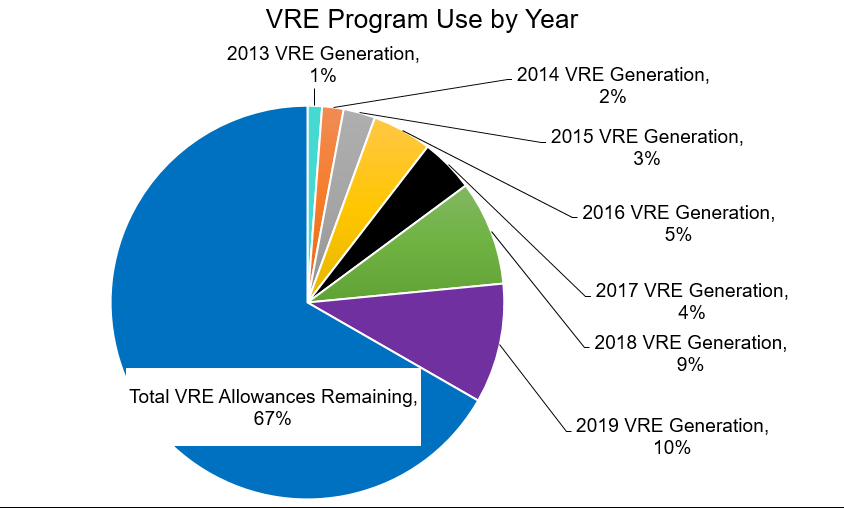