RIVERSIDE – The California Air Resources Board’s Clean Air Leadership Talks, featuring presentations on the work of the six recipients of the 2020-21 Haagen-Smit Clean Air Award, are set to take place between 2:00 p.m. and 3:30 p.m. Friday, May 20. Presented by giants in the field of air quality and climate science, and environmental policy and environmental justice, the talks feature breakthrough solutions and research on subjects ranging from the harmful health impacts of diesel particulate pollution to lifetime efforts to build alliances to reduce air pollution and to address air pollution inequalities. The California Air Resources Board will officially present the Haagen-Smit Clean Air Awards earlier that same day, at 9 a.m. during CARB’s regular board meeting.

Four winners are attending the talks in person, traveling from as far as Germany and Croatia, and two others (Kunsheng Li and Richard C. J. Somerville, Ph.D.) have sent pre-recorded presentations.

CARB has, since 2001, annually bestowed the distinguished Haagen-Smit Clean Air Awards to extraordinary individuals to recognize significant career accomplishments in air quality and climate science. Due to the hiatus in awards by the pandemic, this set of prizes is for the combined years of 2020 and 2021. 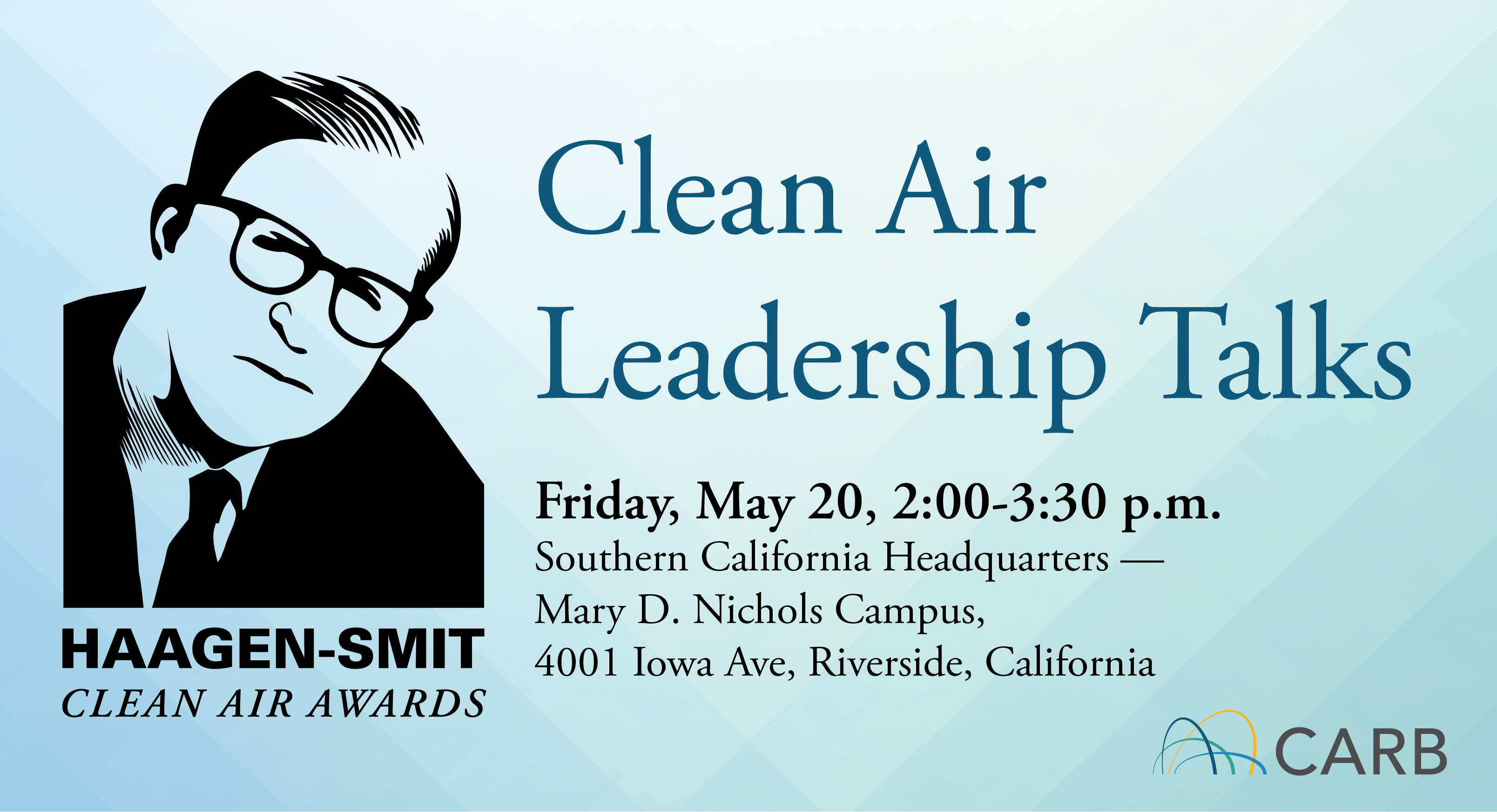 The Clean Air Leadership Talks feature a 10-minute overview by each of the 2020-21 Haagen-Smit Clean Air Award recipients.

Professor Richard C. J. Somerville is an internationally recognized climate scientist and an expert on communicating clearly to the public what scientists have learned about climate change. His research has led to many important innovations in climate computer models, and he has copiously published research on myriad climate science topics including geophysical fluid dynamics, thermal convection, and radiative transfer, to name just a few. Professor Somerville has been a professor at Scripps Institution of Oceanography at the University of California San Diego since 1979.