SACRAMENTO – California’s fight against air pollution at the community level gained new momentum today as the California Air Resources Board added three new communities to the Community Air Protection Program and announced $5 million in Community Air Grants for 29 projects throughout the state.

The three communities – Eastern Coachella Valley, South East Los Angeles and Southwest Stockton – will be added to the original10 communities selected last year during the first round of approvals under Assembly Bill 617, which establishes the program to reduce exposure in the communities most impacted by air pollution.

“California is turning the top-down air quality planning approach on its head,” said CARB Chair Mary D. Nichols. “We are committed to taking more actions as well as serving as technical and operational consultants for the communities that bear the brunt of air pollution.”

Under the Community Air Protection Program, community members work with local air districts to conduct air monitoring and prepare community emissions reduction programs. These include a mix of strategies to reduce air pollution at the community level, including new regulations, targeted incentive funding, enhanced enforcement, and coordinating efforts with other agencies based on community priorities.

The three communities chosen for the program this year were selected from among 12 nominations. Communities are nominated for the program by community members, local air districts, community based organizations and other stakeholders. CARB staff performs a technical assessment of nominated communities followed by public comment. The Board makes the final decision on community selection.

This year, the Eastern Coachella Valley and the South East Los Angeles communities, both in the South Coast Air Quality Management District, and Southwest Stockton, in the San Joaquin Valley Air Pollution Control District, were selected for both community air monitoring and a community emissions reduction program. 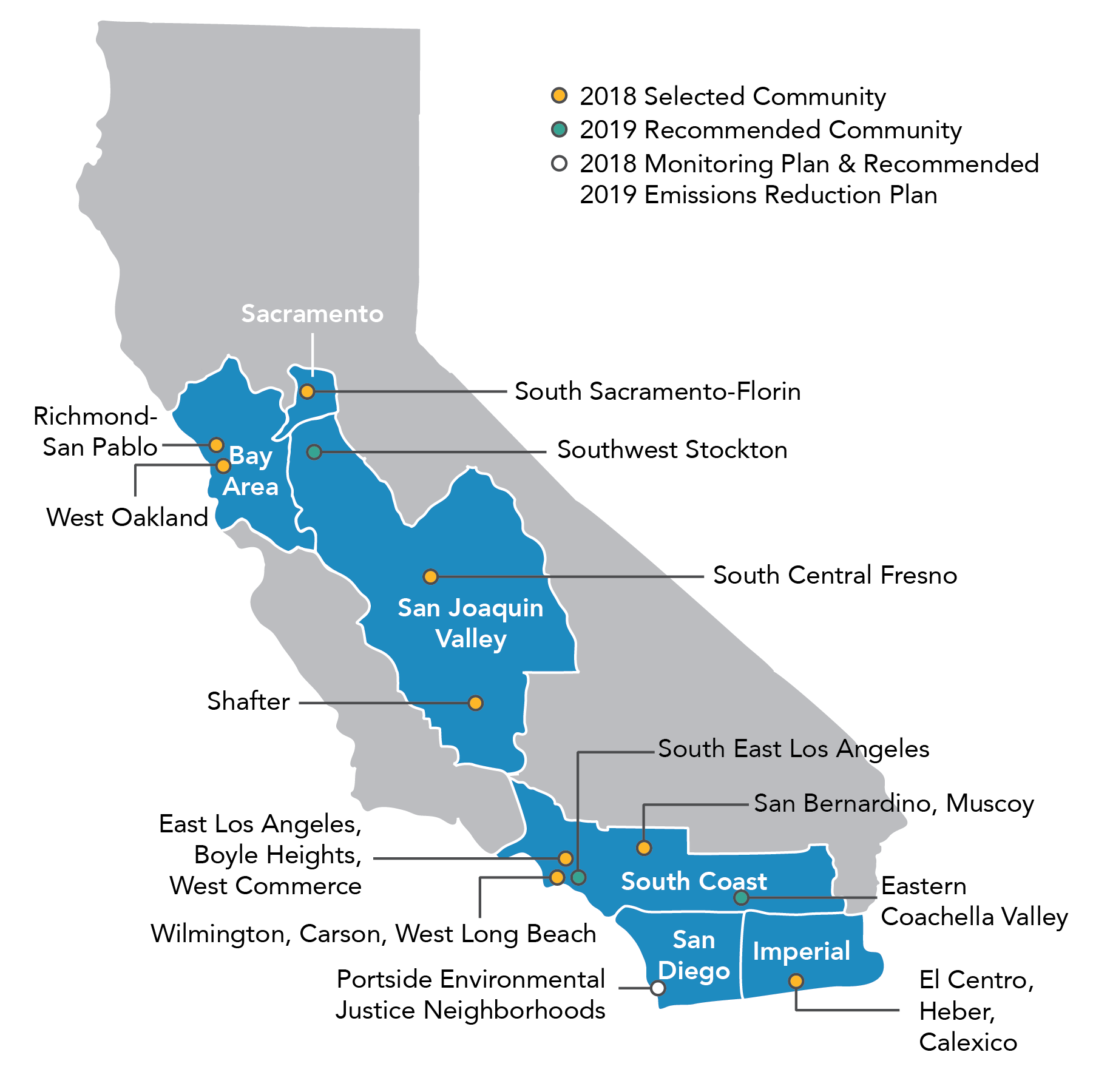 At today’s meeting, the Board also announced the recipients of the second round of Community Air Grants. A total of 29 projects across seven air districts will receive $5 million in funding for technical and educational projects. The projects include:

Today’s Board action came on the heels of its approval last week of the first community emissions reduction plan under AB 617: the Owning Our Air: West Oakland Community Action Plan.

“The challenges many disadvantaged communities face due to the harmful effects of air pollution are staggering, so we want to provide each and every community member with the necessary tools to protect their health and empower them to make science-based decisions,” said Veronica Eady, CARB Assistant Executive Officer for Environmental Justice.

“We will work hand-in-hand to make sure the residents’ concerns are heard and taken into account when new air pollution control strategies are developed and deployed in the areas where they live and work.”