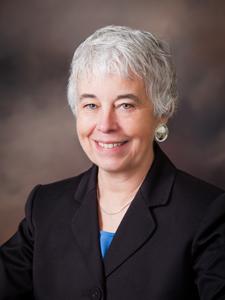 Ellen M. Peter was appointed Chief Counsel of the California Air Resources Board in May 2008. Ms. Peter and her Legal Office staff provide legal advice to the Board on a host of legal issues, including the development of air pollution control regulations. As a member of the Board's executive staff, she helps formulate policy recommendations, including the implementation of California's comprehensive greenhouse gas reduction mandate. Ms. Peter was part of the team that negotiated the landmark deal for national passenger vehicle greenhouse gas emission standards announced by the White House in May 2009. In addition, she manages the Board's Enforcement Division with more than 100 investigators and air pollution enforcement specialists.

In March 2013, Ms. Peter was named as one of the 60 attorneys to win the 17th annual California Lawyer Attorneys of the Year award. Ms. Peter's award was in the Environmental Law category for her work to oversee California's first carbon allowance auction, a major step to implement an important component of the state's landmark climate change law, AB 32. The honored attorneys received their awards from the Chief Justice of the California Supreme Court and their accomplishments were featured in the March 2013 issue of California Lawyer magazine.

Prior to her tenure at the Air Resources Board, Ms. Peter worked for over 20 years at the California Attorney General's Office. As a Supervising Deputy Attorney General in the Natural Resources Section, during 2006-2008, she headed the legal team that defended the Pavley AB 1493 vehicle greenhouse gas emissions standards against the auto industry's attacks in federal and state courts. Her litigation team also filed the affirmative litigation challenging the U.S. Environmental Protection Agency's delay tactics and initial denial of California's waiver request for these standards. During her time at the Attorney General's Office, she handled and supervised cases in a variety of courts, including the United States and California Supreme Courts, on a broad range of issues, such as water quality, air pollution, water rights, Williamson Act land preservation, agricultural programs, and the California Environmental Quality Act. Ms. Peter started her Attorney General Office career in 1985 in the Criminal Division.

After law school graduation in 1976, Ms. Peter worked in Legal Services Corporation-funded programs, principally California Rural Legal Assistance, for nine years. Ms. Peter received a B.A. from the University of California, Santa Barbara, and a J.D. from the George Washington University's National Law Center in Washington, D.C., with an emphasis on civil rights and environmental law.