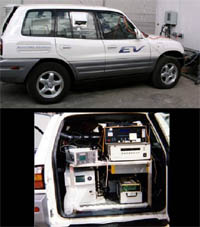 The Mobile Monitoring Platform is another tool ARB will use to help provide spatially and temporally resolved data to determine how various local sources impact community air. This tool allows us to measure air pollution over a wide area.

What is the Mobile Monitoring Platform?

The mobile platform is an electric vehicle equipped with a number of instruments to monitor air pollution. The platform will be driven around the Harbor Communities area to measure pollutants and make direct comparisons of different locations at nearly the same times.

What and when are we measuring?

All pollutants previously listed will be measured with the Mobile Platform.
Mobile measurements will occur at the same times as the Passive Sampling measurements.

How were the routes selected? What are the exact routes?

Four maps illustrate proposed routes to be driven during the mobile monitoring study, and were mapped by CARB staff with input from community groups. Several factors were considered by CARB staff when mapping these routes:

In addition, the community also provided the following input (from the 4/25/06 community meeting held at the Wilmington Senior Center): 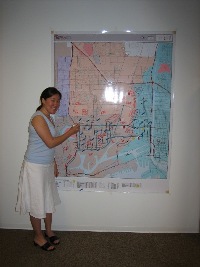 These inputs resulted in modified routes. The changes made are indicated on the maps. However, we were not able to accommodate all community inputs.

Click here to go back to the Main Page of Harbor Communities Monitoring Study.

To receive updates on this web page and the Harbor Communities Monitoring project, please subscribe to the HCM listserve.