SACRAMENTO ­­--The California Air Resources Board (CARB) today adopted the Sacramento region’s Ozone Plan, which demonstrates the region will meet a federal 8-hour ozone standard of 75 parts per billion (ppb) two years ahead of schedule, or by July 20, 2025.

Air quality has improved substantially in the region, primarily due to emission reductions from cars and trucks, which generate 85 percent of the region’s oxides of nitrogen (NOx), a primary contributor to ozone, or smog. Most of the reductions are due to CARB’s successful air pollution control programs aimed at cars and trucks. And because the regulations are phased in over time the region is expected to benefit from further emission reductions in the future.

“Today is a remarkable day for air quality progress in the Sacramento region,” Board member and Sacramento County Supervisor Phil Serna said. “This achievement is the product of effective partnerships and strong state controls on air pollution from cars and trucks.”

The Ozone Plan reflects ongoing regional reductions in ozone pollution, which can damage lung tissue and lead to decreased lung function. Highlights of the region’s successes:

Moving forward, as the region faces even greater protective standards for ozone (U.S. EPA is expected to tighten the standard from 75 ppb to 70 ppb), the expansion of successful NOx-reducing programs will be critical. With the unusual achievement of meeting ozone standards well in advance of federal regulatory deadlines, the Sacramento region now serves as a model for other local air basins similarly dedicated to reducing harmful ozone levels. Initiatives such as the Sacramento Metropolitan Air Quality Management District’s Spare the Air program, which encourages commuters to walk, bike or take transit during summer months, along with Sacramento’s recent designation as California’s first “Green City” awardee under the terms of the Volkswagen diesel cheating settlement, will significantly advance the deployment of cleaner cars and further exemplifies a regional intent to meet even stricter ozone attainment goals.

In 2012, the region -- comprised of all of Sacramento and Yolo counties and portions of El Dorado, Placer, Solano and Sutter counties -- was designated a “severe ozone nonattainment area” for the standard by the U.S. Environmental Protection Agency. Mountain ranges bordering the Central Valley limit dispersion and trap pollutants in the Valley.

CARB will submit the Sacramento Region’s Ozone Plan outlining how the region will meet the federal 8-hour ozone standard (75 ppb) to the U.S. Environmental Protection Agency as a revision to the California State Implementation Plan. 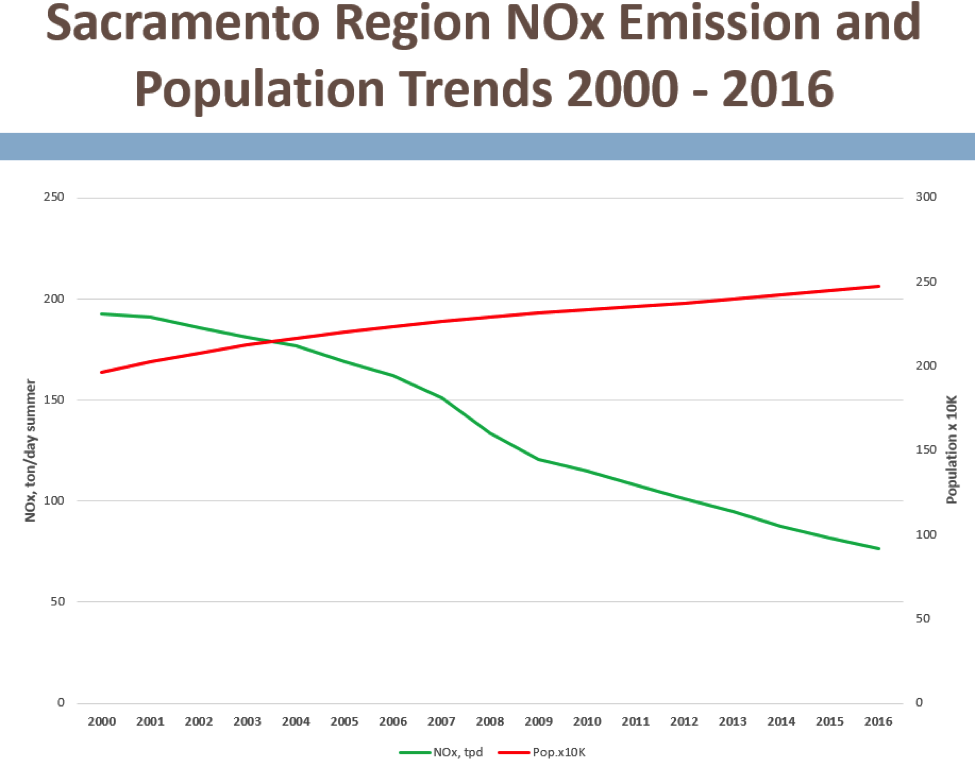