THOUSAND PALMS - On Friday, April 21, the State of California and partners SunLine Transit Agency, New Flyer and Hydrogenics will celebrate the award of $12.5 million that will bring five fuel cell buses and a renewable hydrogen generating station to serve disadvantaged communities within the Coachella Valley.  The funding for these zero-emission buses and state-of-the-art clean hydrogen energy facility is from California Climate Investments, the state’s climate change-fighting cap-and-trade program.

WHAT:  California Climate Investments representatives will present a giant check for $12.5 million to SunLine Transit Agency for acquisition of five new fuel cell buses and upgrading of its current hydrogen fueling station.

BACKGROUND:  The five buses, to be manufactured by New Flyer, will run on SunLine’s regular revenue routes 91 and 95 daily from Indio to Mecca/Oasis with more than 98 percent coverage in disadvantaged communities.  Hydrogenics will upgrade the existing heavy duty hydrogen station that will fuel the fleet’s fuel cell vehicles. Once complete, it will be the largest fueling station in the U.S. of its kind, using electricity and renewable energy to generate clean hydrogen.

The $12.5 million from California Climate Investments will be matched with another $5.2 million in cash and in kind services, including $2.75 million from the Federal Transportation Administration. 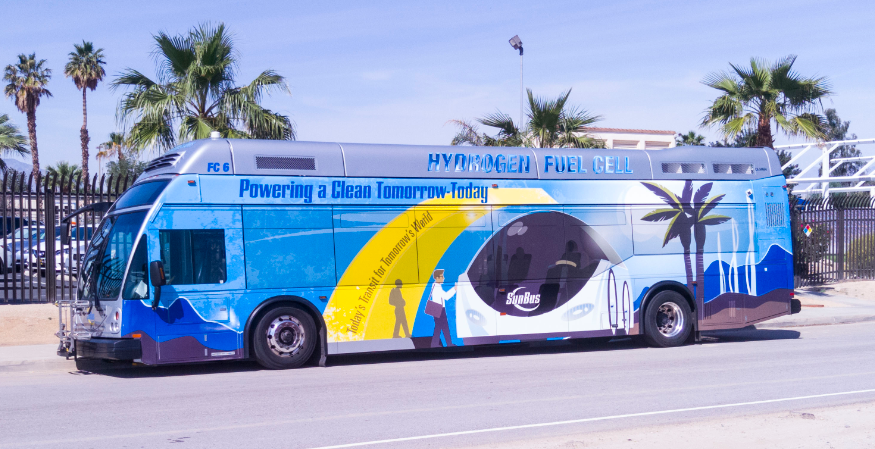