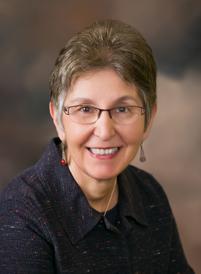 Appointed to the Public position on August 31, 2018

Diane Takvorian been a leader in the struggle for social and environmental justice for over 30 years. She is Executive Director and co-founder of Environmental Health Coalition (EHC), an environmental justice organization based in the San Diego/Tijuana region. Founded in 1980, EHC works to protect public health and the environment threatened by toxic pollution through efforts that create a just society.

SEHC's community organizing and policy advocacy work with disenfranchised communities have eliminated many health risks and enabled thousands of residents to develop into community leaders. Diane has served on international, national, state, and regional advisory boards. In 2009, President Obama appointed her to the Joint Public Advisory Committee for the Commission for Environmental Cooperation. In 2008 Diane received the James Irvine Foundation Leadership Award for her "creative and inspirational leadership benefiting the people of California." Takvorian is also a cofounder of the California Environmental Justice Alliance.

Diane holds a Master's degree in Social Work with an emphasis on public policy and community organizing.