SACRAMENTO - An Air Resources Board study, published today in the prestigious scientific journal “Environmental Science & Technology,” shows that the cancer risk from exposure to the state’s most significant air toxics declined 76 percent over a 23-year period in California, a direct result of regulations targeting unhealthful emissions from these air pollutants.

The study quantifies emission trends for the period from 1990 through 2012 for seven toxic air contaminants (TACs) that are responsible for most of the known cancer risk associated with airborne exposure in California.

“These impressive reductions in California’s most hazardous toxic contaminants in our air took place against a backdrop of more than two decades of steady growth in California, with a growing population, and increasing numbers of cars and trucks that used ever larger quantities of gas and diesel,” Air Resources Board Chair Mary D. Nichols said. “There is no way these improvements in public health would have occurred without a strong, well designed program to reduce public exposure to toxic air pollution.”

Significant findings of the study, “Ambient and Emission Trends of Toxic Air Contaminants in California,” include: 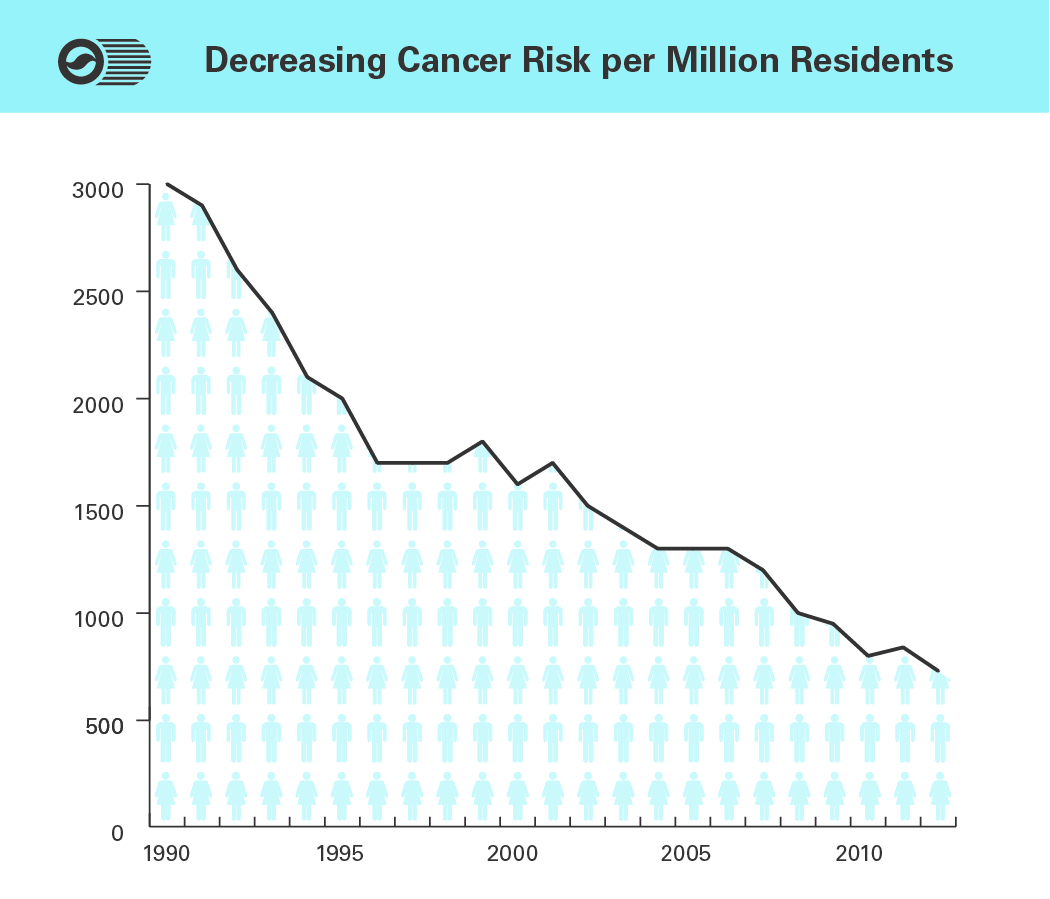 The paper makes clear that further significant reduction in cancer risk to California residents is expected to continue as a result of continued implementation of air toxic controls. Such controls are part of broader statewide transportation initiatives, including the Truck and Bus Rule and more than a dozen rules focused on diesel equipment serving ports and railyards. Neighborhoods in freight corridors, including those near ports, will especially benefit.

ARB regulations have reduced air toxics emissions from vehicles and their fuels, from stationary sources and from consumer products since the mid-1980s. In response to public concern, the California Legislature passed the Toxic Air Contaminant Identification and Control Act in 1984. Since then, ARB has implemented regulations to limit TAC emissions. In 1987, the California Legislature passed the Air Toxics “Hot Spots” Information and Assessment Act, which requires businesses to reduce risks from exposure to emitted TACs.