SACRAMENTO – A new, first of its kind app launched today by the California Air Resources Board (CARB) shows Californians when and where prescribed fires are being planned so they can prepare for potential smoke impacts.

The California Smoke Spotter app provides a comprehensive overview of the latest information on prescribed fires, projected smoke impacts, current air quality and educational material. This will help them plan their day’s activities, and also determine if smoke is from a local prescribed fire. Key features of the app include: 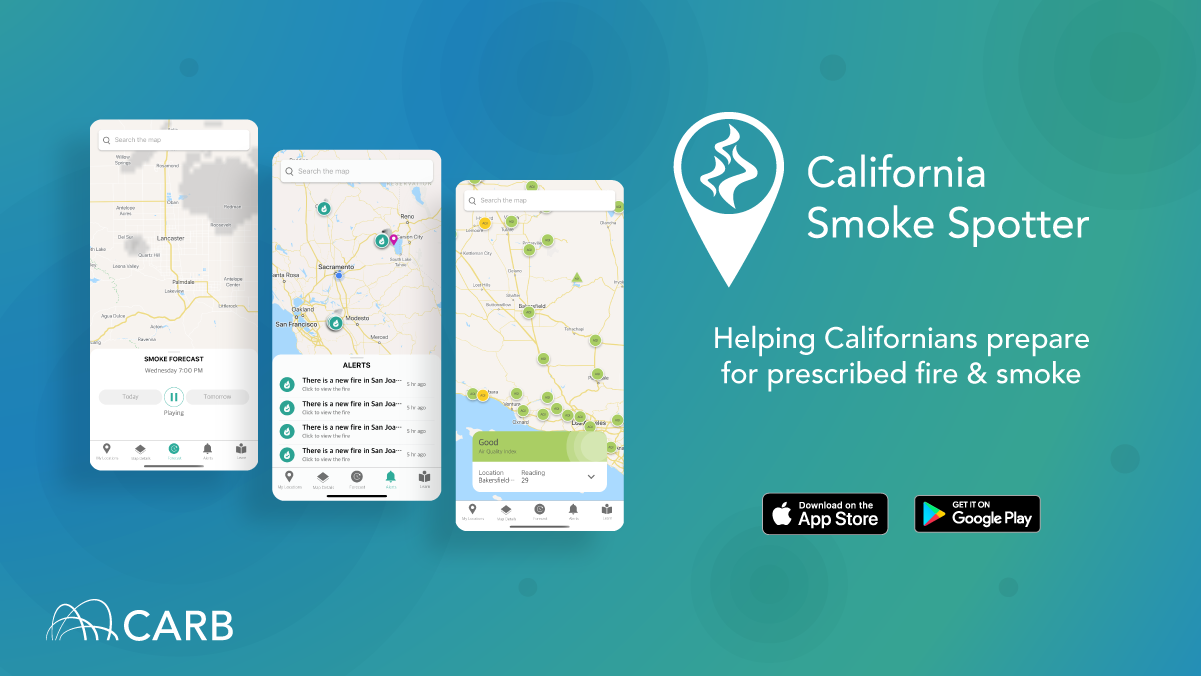 CARB will update the California Smoke Spotter app as new data and technology become available. Staff is already working on an update to add information and smoke forecasts for wildfires to the app later this year.

In 2020, California experienced its worst wildfire season in modern history, and air pollution from smoke reached unprecedented levels. Prescribed fire is an important tool in California’s efforts to prevent and mitigate the impacts of wildfires, including smoke.

Wildfires are unplanned, often burn out of control and their smoke impacts can be widespread and unpredictable. By contrast, prescribed fires are highly managed, less intense, smaller and slower-moving than wildfires. For these reasons, they produce less smoke, but can sometimes impact nearby communities. Because of the careful planning in designing each prescribed burn, the app can help ensure that nearby communities have an opportunity to prepare for possible smoke impacts.

“That’s where California Smoke Spotter comes in,” said CARB Executive Officer Richard W. Corey. “Until now, Californians have had to bounce between multiple sources to get the information they need to protect themselves from smoke. By providing a one-stop-shop for prescribed fire, smoke and health information, this app will make that process easier and more accessible to everyone.”

CARB announced the launch of California Smoke Spotter at the first meeting of Governor Newsom’s newly expanded Wildfire and Forest Resilience Task Force. The announcement came less than a week after the Governor unveiled his revised budget plan for the state. The California Comeback Plan will include $2 billion in emergency preparedness investments, including land and forest management projects like prescribed fire.

State forestry policy calls for an increase in fuels reduction efforts including the use of prescribed fire. CARB supports that policy and is releasing California Smoke Spotter during the spring burning season as part of its efforts to help the state balance air quality protection with fire protection and land management goals.