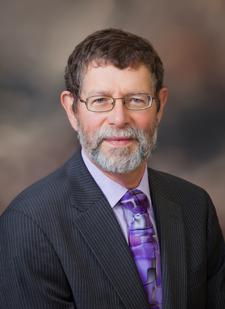 Dr. Balmes leads a research program involving the respiratory effects of ambient air pollutants. In his laboratory at UCSF, he conducts controlled human exposure studies of the acute effects of ozone and other pollutants. At UC Berkeley, he collaborates in epidemiological studies of the chronic effects of air pollutants. He is author of over 200 papers or chapters on occupational and environmental respiratory disease-related topics with many of these dealing with the potential health effects of ambient air pollutants. Dr. Balmes’ expertise in the health effects of ambient air pollutants has been recognized by multiple awards including the following: an Environmental/Occupational Medicine Academic Award from the National Institute of Environmental Health Science (1991-1996); the Clean Air Research Award from the American Lung Association of San Francisco and San Mateo in 1997; the Clean Air Award from the American Lung Association of California in 1999, the Robert A. Kehoe Award of Merit from the American College of Occupational and Environmental Medicine in 2005, and the Carl Moyer Clean Air Research Award from the California Clean Air Coalition in 2006. Dr. Balmes served as a member of the ARB Research Screening Committee from 1998-2007 and was a member of the Air Quality Advisory Committee of the Office of Environmental Health Hazard Assessment of Cal/EPA from 1992-2004. From 2004-2007, he served as a member of the Clean Air Scientific Advisory Committee (CASAC) Ozone Review Panel Science Advisory Board, U.S. Environmental Protection Agency. Currently, he is a member of the Nitrogen Oxides and Sulfur Oxides Review Panel of CASAC.

Dr. Balmes received his BA from the University of Illinois (Urbana) in 1972. He received his MD from the Mount Sinai School of Medicine of the City University of New York in 1976. He completed a Residency in Internal Medicine at the Mount Sinai Hospital at New York City in 1979 and a fellowship in Pulmonary Medicine with additional training in occupational medicine in 1982. He is board-certified in Internal Medicine and Pulmonary Medicine and actively practices pulmonary and critical care medicine at SFGH. He was Chair of the Environmental and Occupational Health Scientific Assembly of the American Thoracic Society in 1997-1999 and President of the California Thoracic Society in 2001-2002.