In these pages, we provide information about methane research championed by the CARB and the California Energy Commission (CEC). The two agencies are working together to facilitate research efforts to achieve methane reduction goals laid out by both the Governor and the legislature. The pages provide links to climate change programs, research projects, and data portals. Some of the data presented is preliminary, and is subject to change.
More about this program

In order to meet the requirements under AB 1496, and broadly under Assembly Bill 32 (2006) and Senate Bill 32 (2016), CARB and the various research collaborators are implementing a "Tiered Observation System" to conduct measurements at many different scales to identify emission sources. 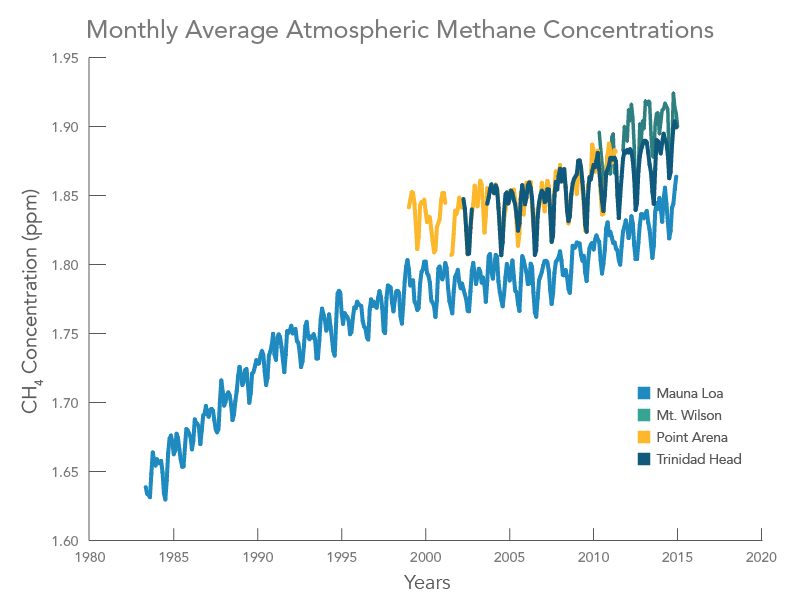