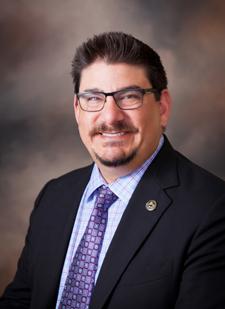 Phil Serna has served on the on the Sacramento County Board Supervisors representing District 1 since June 2010.

Serna grew up in Sacramento's Curtis Park neighborhood and attended local schools. The son of Sacramento's first Latino mayor, Joe Serna, Jr., he developed an appreciation for public service at a very young age. His respect for his family's humble beginnings and their efforts working with Cesar Chavez to secure rights for farm workers also shaped Phil's desire to serve.

Serna focuses on a wide range of issues including health and social services such as mental and indigent health care, as well as protective services for children and the elderly. He is also focused on public safety and enhancing the environment and routinely works to secure the flood protection and to protect and improve the American River Parkway.

After completing his undergraduate studies at California State University, Sacramento, he earned a master's degree in city and regional planning from Cal Poly, San Luis Obispo, graduating with honors in 1994. In what little spare time he has, Serna enjoys fly fishing and playing bass guitar and drums with his bands.